Home >  News & insights >  The new law of evidence: what does it mean for your company?
About us Team Expertise News Business Packs E-books Corona CSR Jobs Contact us
NL EN FR

The new law of evidence: what does it mean for your company?

The new evidence legislation will come into effect on 1 November 2020. This may seem like a long way off, but it's interesting to be aware of the best way to manage your evidence and to what you will have to lend attention in specific cases. Be careful! This may mean the difference between knowing you are right and being told you are right.

1. When will the new law of evidence apply and what will be its scope?

The new law of evidence (Book 8 of the Civil Code) will come into force from 1 November 2020.

In this new legislation, a specific regulation is introduced for the evidence provided by and against companies.

As is the case today, the "commercial evidence" regime will apply only between companies and in the event of a dispute between a non-company and a company.

If not, in other words, in case of a company against an individual, this regime is not applicable. Likewise, this specific regulation does not apply to an individual who runs a company in the case of a legal act that has nothing to do with his company.

The principle of freedom of evidence will apply to companies; all legal means can be used against and between companies.

Although this principle already applies today, an exception is currently provided "unless otherwise specified by law". In the new legislation this exception will be altered to "unless in case of the exceptions provided for exceptional circumstances". 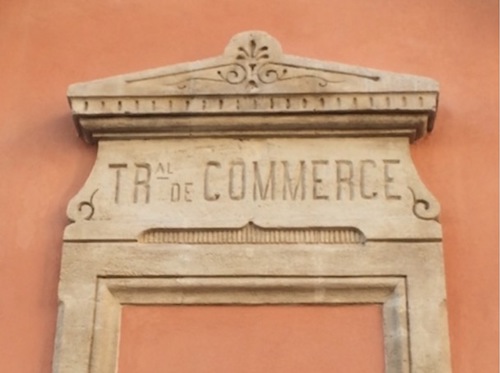 "Exceptional circumstances" refer to cases that also fall under former Article 25 of the Commercial Law. This implies that all legal means can be used in commercial matters because freedom of evidence is the basis. Except in the so-called exceptional circumstances, such as the creation of a company with legal personality that can only be proven by a private act.

Freedom of evidence therefore remains the rule in business matters, with the exception of circumstances.

3. Use or disclosure of accounting

3.1 Can own accounting be used as means of evidence?

By way of derogation from the rule that no one can obtain evidence for its own, a company is currently allowed to provide its accounting as evidence against another company. Accounting is assessed by the judge on their probative value.

Effective on 1 November 2020, accounting will have legal force of evidence (instead of free probative value).

The accounting of a company must therefore be accepted as evidence.

If this condition is not fulfilled, the accounting documents will have no legal value, except a free probative value. Accounting can then still be accepted as evidence, but this is not obligated.

3.2 Can accounting be used as evidence against your own company?

Accounting may also be used as evidence against the company from which it originated. Here, accounting will be considered as an (extra) judicial admission, which is already the case today.

However, accounting relied on as evidence against the company that issued it can’t be split at the disadvantage of the company. This existing principle remains unchanged.

It is currently stipulated that an invoice accepted by a company constitutes evidence against the company itself.

This scope of this stipulation will be extended as of 1 November 2020, as described below.

4.1 An undisputed invoice (within a reasonable time)

Upon the entry into force of the new law of evidence, not only an invoice accepted by a company, but also an invoice that has not been contested by a company within a reasonable time, will constitute evidence against this company.

The rule that an invoice that has not been contested in time is considered an accepted invoice is already a custom in commercial matters. This customary rule is now transformed into a rule of law.

Said principle will also apply to companies included under the former notion of merchant, such as in particular an association without lucrative purpose, namely that any invoice that is not contested within a reasonable time is considered as evidence against this company, without proof of acceptance of the invoice to be provided.

If you want to avoid an invoice to be used as proof against your company, it will be clearly necessary to contest it in due time.

4.2 Legal presumption of conformity with the convention

In addition, there is also the legal presumption that an accepted or undisputed invoice within a reasonable time corresponds to the underlying content of the agreement.

However, this legal presumption can be rebutted. Evidence to the contrary remains possible.

4.3 What happens if someone who is not a company does not contest their bill (within a reasonable time)?

The absence of contestation of an invoice by a person who is not a company is not considered as an acceptance of this invoice, except in the case of a detailed silence, for example in the absence of an answer to several reminders.

Express or implied acceptance in this case is a de facto presumption.

The provisions of the agreements which derogate from this rule shall be considered null and void.