On 1 January 2019, a substantial relaxation of the co-ownership regulation came into force. Since then only a 4/5 majority is required in specific cases to demolish and / or rebuild a building and one of the co-owners can relinquish his lot in favour of the other co-owners.

However, this relaxation has recently been cancelled by the Constitutional Court.

Why did the Court decide to do so? And what are the consequences?

The relaxation of the co-ownership regulations or the law in relation to forced co-ownership was urgently needed. Because often conflicts and/or deadlocks arise in associations of co-owners (hereinafter ACOs) about works that need to be carried out.

In addition, many buildings do not comply with stricter energy performance legislation (insulation, heating, ventilation). In some cases, rather than renovating, it is much easier and cheaper to demolish and rebuild a building using the latest materials and techniques.

2. What exactly was provided for by the annulled legislation?

The Civil Code provides that for the demolition and complete reconstruction of an apartment building, only a 4/5 majority of the general meeting of a ACO is sufficient.

However, this is only possible for reasons of hygiene or safety or if the cost of adapting the building to the legal requirements is excessive.

If there are no reasons of hygiene, safety or excessive cost, then the decision to demolish or to fully rebuild must be taken unanimously.

In addition, co-owners of an apartment building that has a value lower than the cost of the works may, within this arrangement, renounce to their lot in favour of the other co-owners, against a compensation that can be fixed mutually agreed or determined by the court. 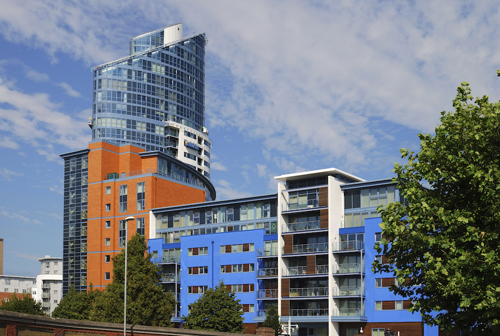 3. Why has the Constitutional Court annulled this legislation?

In its decision of 20 February 2020, the Constitutional Court confirms that the reasons why the new legislation was adopted are legitimate and pursue the public interest.

A smoother decision-making process between co-owners will indeed result in a faster renovation of the outdated building patrimony. These buildings will also be adjusted more quickly to the legal standards, which will improve the quality of life and the safety of the residents.

In addition, the Constitutional Court ruled that the legislator had taken into account the interests of the co-owner who opposes a decision to demolish or completely rebuild the building.

But the Constitutional Court is also of the opinion that the legislator has not provided sufficient guarantees in this context.

According to the Court, there must be a fair balance between the requirements of the public interest and the protection of the private right to the undisturbed enjoyment of property.

In practice, the current regulation can lead to a co-owner having no choice but to renounce his right of ownership. In that case, the latter may feel itself disadvantaged. But he himself will have to request the justice of peace to  cancel the decision in question, and this within four months past to the decision.

That is why the Court believes that it would be better for ACOs to be legally obliged to bring any such decision to the justice of peace on their own initiative.

The justice of peace can then assess the validity of this decision and, if necessary, ask for an expert opinion on the appropriateness of the amount of compensation.

4. The effects of this cancellation

Given that the arrangements for the 4/5 majority of the votes for demolition and/or complete reconstruction are an integral part of the law, the relevant article of the Civil Code was cancelled in its entirety by the Constitutional Court.

The consequence of the court ruling is that again decisions to demolish and completely rebuild an apartment building must be taken by unanimity, and not anymore by a 4/5 majority of the votes. Otherwise the cancellation of such decision can be requested.

The question arises now as to what the legal consequences are of these decisions that have already been taken pursuant to the cancelled article and  that have already been executed. Decisions taken less than four months ago can in any case still be challenged before the justice of peace. It is advisable to proceed with extreme caution if you are involved in such a process.

A swift intervention by the legislator is required to remedy this legal uncertainty.