The Supreme Court recently handed down a court decision declaring a real estate contract null and void because of a violation of the urban planning rules. The Supreme Court took into account the fact that the violation could be regularized in order to comply with the purpose of the underlying violated rule.

Until recently, the general principle was that construction and real estate contracts could be annulled if a violation of the urban planning rules was identified during the execution of the contract.

This point of view was recently nuanced by the Supreme Court.

A buyer had bought a house with garden and garage on plan. Of course, the construction of the house and the garage had to take place in accordance with the urban planning permission granted.

However, during the execution of the works, it was found that there was a large difference in level between the house and the garage. As a result, the project could not practically be carried out according to the authorised plans. The development company therefore had to commit a construction infringement. The buyer then instituted a procedure to claim the nullity of the contract. 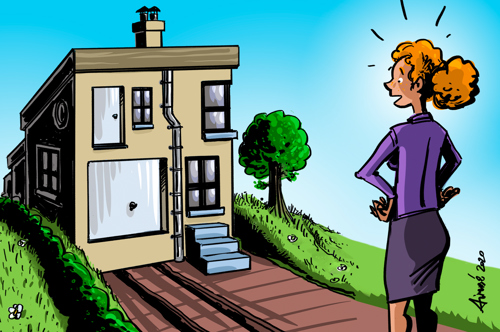 2. Can the nullity of a contract be avoided with a regularisation?

In the first instance, the developer proposed that the building infringement could be "technically remediated at relatively limited cost" and "regularised".

Despite this possibility of regularisation, the court of first instance considered that the contract had created an unlawful situation (because the works had been carried out in violation of the urban planning permission). As a result, the object of the contract had to be regarded as unlawful. The court decided that this (absolute) nullity could not be covered by a regularisation by one of the parties.

The Antwerp Court of Appeal was of the same opinion.

The Supreme Court decided that the possibility of regularisation proposed by the building promotor should be taken into account.

The decision of the Supreme Court therefore seems to have overruled the principle of the nullity of contracts as a result of a violation of urban planning rules - and consequently, the automaticity that any violation of a rule of law of public order lead to the nullity of the contract.

In other words, it is important that the purpose of the infringed law is or can still be achieved. Therefore, nullity may only be decided if this objective is not or cannot be achieved. If the infringement can be remedied, then it is not appropriate to decide the nullity, hence the underlying agreement will remain in place.

The extent to which the purpose of the (infringed) rule(s) is (are) fulfilled by the mere regularisation will have to be judged on a case-by-case basis.