It is increasingly accepted that directors may not simply keep economic opportunities for themselves without first offering these to the company/association.

In this article, we further discuss the scope and consequences of the "Corporate Opportunity Doctrine" under Belgian law. 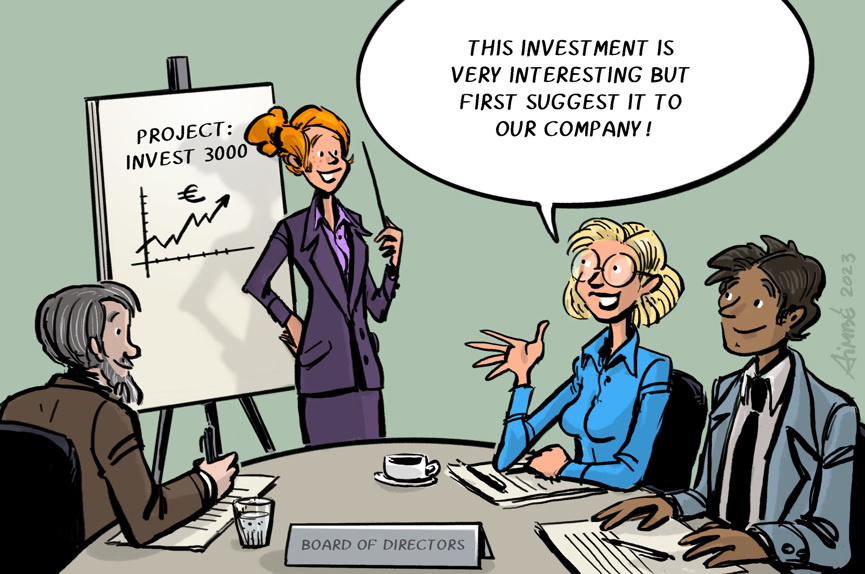 1. What is meant by the "Corporate Opportunity Doctrine"?

Suppose you are on the board of directors of a company that operates restaurants in various locations. The company is doing well and there are plans to open new branches in the near future. Through a real estate agent friend of yours, you become aware of an ideally located commercial property that will be put up for sale in a few days. You have been looking for property as a personal investment for some time and see this as the perfect opportunity to make your savings pay off. Can you buy this property for yourself, knowing that the company you manage might also want it?

The Corporate Opportunity Doctrine comprises the principle that directors should not keep for themselves corporate opportunities that may benefit the company. This does not mean that directors are always prohibited from exploiting entrepreneurial opportunities for themselves or a third party. To determine whether there is effectively a corporate opportunity that must first be offered to the company, three criteria are important.

The economic activities of the company should be considered. If the entrepreneurial opportunity falls within the "playing field" of the company, then it is less obvious for the director to enter into it for himself. For example, consider the realisation of a real estate project by a company of which the director of a construction company is a shareholder.

Next, the expectations of the company itself are relevant. A company that already has a preliminary agreement on the business opportunity or has conducted far-reaching negotiations can be confident that it will be able to effectively assert the business opportunity and that it will not simply be seized by one of its directors. Following on from this, it is also relevant to know whether the company has already expressed an interest in the opportunity by, for example, obtaining information about it or making other preparations.

Finally, the context in which the opportunity arises plays an important role. A director who seizes a corporate opportunity after having negotiated it on behalf of the company will be more likely to be at fault than if he had taken the opportunity as a private person. However, this does not mean that in case of private knowledge, an entrepreneurial opportunity cannot exist.

If we test the aforementioned hypothesis of the director of the restaurant company against these criteria, at first glance there does not seem to be a 'corporate opportunity'. The opportunity concerns the purchase of a commercial property, which is not directly part of the company's economic activities. In addition, the company would not be able to assert a legitimate expectation on the purchase of the property as it is not an interested party. Finally, the director took cognisance of the opportunity in a private context, through a broker friend.

2. Consequences of this doctrine

In case there is a corporate opportunity, directors are obliged to first offer this opportunity to the company before seizing it themselves.

The managing body may decide whether to accept this opportunity or to allow the director concerned to take the business opportunity for himself.

If directors fail to disclose their intention regarding a corporate opportunity, they may incur directors' liability. In that case, the directors may be sued for damages suffered by the company as a result of the loss of the opportunity.

3. Where does this doctrine originate from and find its place in Belgian law?

The Corporate Opportunity Doctrine originates from Anglo-American legal principle of the fiduciary duty of loyalty incumbent on directors. It obliges directors to subordinate their personal interests to those of the company and its shareholders.

If a director exploit a company opportunity for itself, there will be a breach of this fiduciary duty of loyalty.

Meanwhile, the Corporate Opportunity Doctrine is also being introduced  in Europe. For instance, in several legal systems, the doctrine of business opportunities has either been enshrined by law or recognised by case law (as an autonomous application of the duty of loyalty or arising from the non-compete obligation of directors).

4. Does the Corporate Opportunity Doctrine have a future in Belgium?

In the event that an opportunity is taken away from a company by its directors, the criminal abuse of corporate assets or the non-compete obligation of directors were often used in the past to hold those directors liable. However, these legal grounds do not fully address the situation where a director unlawfully deprives the company of an entrepreneurial opportunity.

Given the evolution abroad, it is to be expected that Belgian case law will not be left behind and will recognise the Corporate Opportunity Doctrine as a possible legal ground for directors' liability.

Moreover, it cannot be excluded that in certain cases also managers or even shareholders will have to take this doctrine into account when they intend to deprive the company of a business opportunity. Vigilance is therefore called for.

We will keep you informed about further developments in this matter.