The jobsdeal, what can we expect?

On 15 February 2022, the federal government reached an agreement on the so-called "Jobsdeal" for which a draft law has been tabled in the federal parliament.

The aim of the jobsdeal is to reform the current labour market and to give workers and companies more flexibility and new employability opportunities.

In this article we focus on the main changes that are imminent. 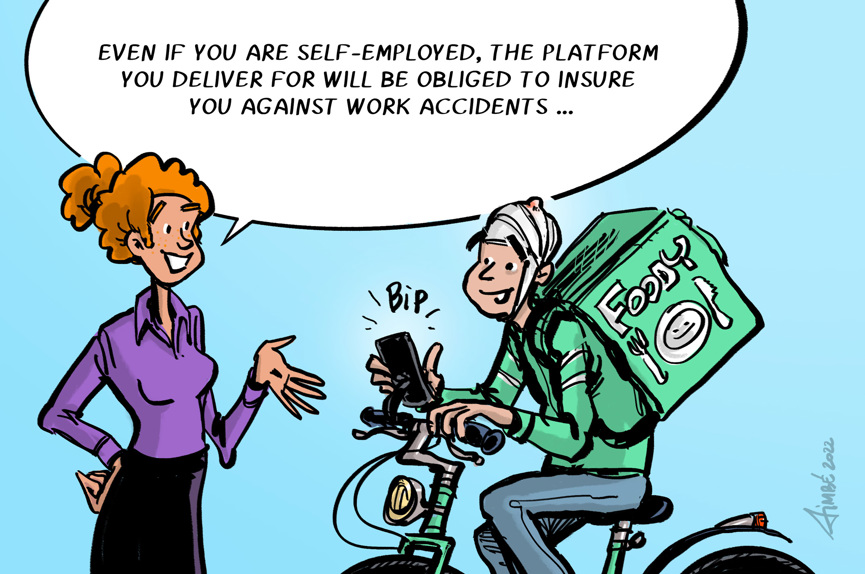 1. A faster communication on the variable part-time working hours

For part-time workers, the communication of variable working hours must be made within 7 working days instead of 5 days (service records). This minimum communication period can be waived through a collective bargaining agreement, but in no case can it be less than 3 working days, previously it was 1 working day. Hence, part-time workers will have a clearer view of their working hours in order to achieve a better work-life balance.

Derogatoring and/or transitional measures in certain sectors (e.g. horticulture, cleaning, hotel workers, textile workers, and employees of the CP 200, etc.) remain valid until they are no longer in force.

This means that everyone with irregular working hours will be able to have a better view on their time schedule to align with it.

2. The introduction of the 4-day week

Workers have the possibility to work a normal full-time week over a 4-day period with a daily limit of 9.5 hours. This does not mean working fewer hours. This measure should generate a better balance between private and work.

An employee wishing to switch to this working regime must first submit a written request to the employer. This request must be renewed every 6 months. If the employer agrees, he has to conclude an agreement with the employee and in case he refuses, he has to motivate his decision. Workers who make such a request are protected against dismissal.

Under certain conditions, workers can also opt for an alternating weekly working time scheme. This means working more one week and less the next. This measure has been introduced in particular for separated parents who have a co-parenting agreement and fits better in to the modern time.

This measure allows working time to be divided into a cycle of two consecutive weeks in which it is possible to work up to 9 hours a day and up to 45 hours a week. The condition is that work in the first week is immediately compensated by work in the second week, so that the average weekly working time is respected.

By way of derogation - in the third quarter of the year and in the other quarters in the event of unforeseen events on the part of the worker - the cycle may be organised over a period of 4 weeks.

Again, the worker must make a written request to the employer who, if he refuses, must state the reason. In addition, an agreement must be concluded between the worker and the employer and the labour regulations must be adapted. Workers who make such a request are also protected against dismissal.

Our economy has become unimaginable without platform work (such as drivers, meal carriers etc.); it is indeed obvious that these workers cannot be ignored in our economy. The draft law introduces 8 criteria that will serve to determine whether a person who works for a digital platform has the status of an employee or a self-employed person.

The draft law introduces an obligation for digital platform operators to take out insurance to cover self-employed workers against accidents at work.

If they fail to do so, they risk being held civilly liable for personal injuries suffered by the platform's self-employed workers in the exercise of their profession by these platforms.

6. The transitional route during the notice period

Employers are given the possibility to offer a transitional path to a dismissed worker. This way, the employer can make a dismissed worker at the disposal of a new employer-user during the notice period through the intervention of a temporary employment agency or a regional employment service. This allows them to check whether a new employment relationship can be concluded between them.

This is only an option and in no way an obligation. The worker can refuse without suffering any prejudice.

At the end of the transitional period, the employer-user must employ the worker under an open-ended employment contract and if he fails to comply with this obligation, he must pay the worker compensation equal to half the duration of the posting. This indemnity is intended to avoid any abuse.

Finally, when the worker is hired by the employer-user, he/she retains the seniority acquired in his/her previous employment, with regard to career breaks, time credit and thematic leave.

7. Promoting the employability of workers via a redundancy package

This measure aims to increase the employability of dismissed workers who are entitled to at least 30 weeks' notice period or severance pay. This mainly concerns older employees with significant seniority.

This notice period will be converted into a redundancy package consisting of two parts:

(ii) For the remaining third, measures that improve the employability of the worker, such as training.

These measures are in addition to the pre-existing outplacement obligations.

8. A specific framework for e-commerce activities

The regulation of night work performed between 8 p.m. and midnight is (finally) made more flexible.

This night work can be introduced by a collective bargaining agreement or by an amendment to the labour regulation.

In addition, it is foreseen that employees can voluntarily participate in a pilot experiment on work organisation in order to facilitate night work in the e-commerce sector. Such a pilot experiment may last up to 18 months and must be reported to the Social Law Inspectorate.

9. The right to disconnection

Workers have the right to go offline. However, this only applies to companies with 20 or more employees.

10. Increasing the employment rate through training

The draft law also focuses on the education of workers throughout their careers by stimulating the interest of applicants for bottleneck professions.

(i) Companies must draw up or complete an annual training plan for their workers, with particular attention to older workers and bottleneck professions.

(ii) Social partners will be more involved in the monitoring of bottleneck professions;

(iii) A "scientific monitoring" of diversity and discrimination in the labour market will be conducted at sectoral level.

(iv) Each worker will have an individual right to training, in particular

By means of a collective bargaining agreement, the number of granted training days can be modified without being less than 2 days.

(v) The possibility is offered to create life intersectoral funds for livelihood security in order to allow:

11. Strengthening the preventive role of the Administrative Commission for Labour Relations

The Commission is given the new task of issuing an opinion, in the context of a given employment relationship, at the joint initiative of the parties or at the unilateral request of one of the parties, when the social status in question is uncertain. Finally, the draft law also provides for the communication, within a certain timeframe, of decisions to the social security institutions involved in the employment relationship so that they can take appropriate action.

The Jobsdeal and the measures contained therein will only enter into force after approval by the Federal Parliament. We will keep you informed.