The Code of Companies and Associations - the Non-Profit Association (NPA)

The Code of Companies and Associations does not just replace the existing Company Law. The NPA Law of 27 June 1921 and the Professional Associations Law of 31 March 1898 will also disappear.

Previously, the reform of Company Law – amongst others, via the abolition of the Commercial Code – had a major effect on the existing associations and foundations. For instance, the difference between civil and commercial acts was withdrawn, and the general concept of the enterprise was introduced.

The Code of Companies and Associations adds a number of new, fundamental changes to association law, the most significant of which we explain below.

In 2018, the "new" company law abolished the out-dated legal concept of "trader".

Henceforth, the Economic Law Code categorizes - amongst others - each legal entity, and, therefore also (international) non-profit associations, as enterprises. This means that the latter must also satisfy the requirements of that code.

This is expressed, in, amongst others, the following major changes:

2. The Code of Companies and Associations, in turn, has the following additional changes in store

2.1 The performance of economic activities as a distinguishing criterion disappears 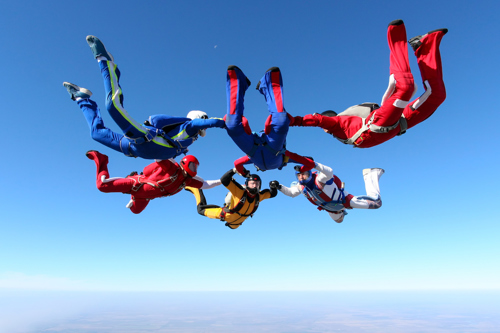 From now on, NPAs are allowed to have unlimited economic activities.

This permanently settles the discussion regarding the number of commercial activities it was possible to develop in the context of an altruistic aim, and the corresponding administration of justice.

The new approach, with the concept of the enterprise, led directly to a questioning of the traditional difference between companies and non-profit associations. Under the old regime, NPAs were not just prohibited from distributing profits, performing an industrial and commercial activity as the main activity, even entirely in support of their altruistic aim, was also (in principle) prohibited. Indeed, the pursuit of profit formed an intrinsic part of the activities reserved for companies.

This (outdated) view has also been jettisoned. The Code of Companies and Associations, which develops further the enterprise concept of the Economic Law Code, permits an NPA to perform any activity in order to provide the necessary financial resources to achieve the "altruistic object" (i.e. the new name for "altruistic aim") of the association in question.

2.2 Aim of distributing profits as the new distinguishing criterion

Henceforth, the difference between companies and associations is that a company aims to pay at least part of its profits to its partners, and an association does not.

This new approach is leading to a blurring of the pursuit of profit as the criterion for distinguishing these two forms of cooperation, and a shift towards the aim of distributing profits.

Any payment of profits by an association is simply forbidden. Furthermore: an association whose clear aim is the distribution of profits, whether illicitly or not, will contravene public law and, can be peremptorily declared null and void on the basis of the Companies and Associations Code.

Any interested party will be able to institute such a claim.

Conversely, a company can have an altruistic aim, in addition to a traditional profit aim, to which it allocates part of its profits.

This renders the separate legal form of the company with a social aim redundant. This kind of cooperation is either a company if, as in most cases, it grants its partners a limited remuneration in exchange for their contribution; or an association if its articles of association forbid any distribution of profits.

One major consequence of an NPA having commercial activities, is that it may become subject to corporation tax.

This was also possible previously, but this principle is gaining importance.

This increases the importance of appropriate organisation of the activities of the (I)NPA, and/or change of the company structure. This will ensure that not all activities of affiliated (?) associations and companies are subject to corporation tax. The same applies to any VAT obligations.

2.3 Changes Relating to Constitution of NPAs

An NPA can be constituted by two persons (instead of at least three persons).

2.4 Changes Relating to Administration of the Association

The board of directors of an association must number at least three directors, unless there are only two board members. In such case, two directors are sufficient. The management body is no longer required to have fewer members than the general meeting.

The directors of an NPA may receive a normal, market-compliant remuneration, in line with the new ban on profit distributions in NPAs. If unusually high directors’ remunerations are granted, this will be classed as a (prohibited) distribution of profits. In general, all transactions which result in an decrease of the assets or an increase of the liabilities of an association, and for which the NPA receives no consideration, or for which the consideration is clearly too low, will logically be regarded as a prohibited indirect distribution of profits.

The Code of Companies and Associations now also applies the stricter rule governing conflicts of interest for company directors to administrators of an NPA. This, in the context of the alignment of the legal regime for companies and associations.

2.5 Conflicts of Interest in the NPA

The (former) Associations and Foundations Law contained no rule for directors with a conflict of interest in a decision, so it was necessary to have a (possible) arrangement in the articles of association.

Due to the introduction of the Code of Companies and Associations, from now on the same rules on conflicts of interest apply both to companies and large associations.

For small NPAs, only a duty to report and a duty to abstain are stipulated for the directors in question, so that they are not encumbered with complex formalities.

This rule for conflicts of interest can, amongst others, be an important weapon for enforcing the ban on indirect distributions, but there is nothing to prevent an NPA from including in its articles of association further (stricter) rules governing conflict of interest. Small NPAs can also adopt the arrangement for large NPAs in their articles of association, should they deem this opportune.

A legal person with a director’s mandate in an NPA, must always appoint a physical person as a permanent representative, just like in companies.

This natural person can only sit on the management body in one capacity.

It is therefore no longer possible, as a natural person, to sit on one management body as a permanent representative of several legal persons, whether or not in combination with a director’s mandate.

Indeed, from now on, this rule applies to both companies and associations.

2.7 Reorganisation and Restructuring of NPAs

From now on, it is possible to join together two or more NPAs, without it being necessary to dissolve and liquidate the “absorbed” NPAs. An “absorbed” NPA passes into the acquiring NPA without liquidation, as is the case with companies.

In addition, there are new (and more stringent) rules regarding the voluntary or compulsory dissolution of an NPA. Thus, a NPA which deposits its annual statement of accounts once or late can, like a company, be dissolved by a court, at the request of any interested party or the Public Prosecutor.

The International NPA is retained as a form of association.

Of course, we are happy to help you with any questions you may have regarding the above, and/or the administration of your association. So please do not hesitate to contact us by email info@seeds.law or by telephone +32 (0)2 747 40 07.