“Climate change” is mentioned daily by the public opinion and in all major News outlets, to become a major aspect of Public scrutiny.

The focus is increasingly directed on Corporate responsibility in climate change.

However, the matter stays at the fleeting level of company reputation unless principles are enforced into applicable law that can be coerced onto economic players. 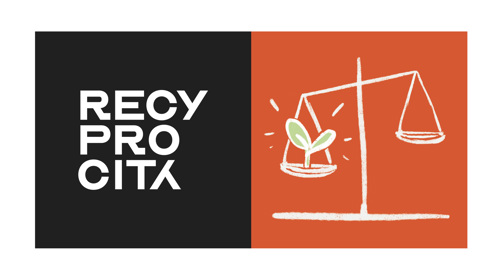 States and International Institutions are increasingly addressing their responsibilities in tackling climate change. This translates into granting increased access to courts for environmental defenders on matters affecting climate change.

Until now, companies were kept relatively safe from legal challenges because citizens and NGOs often lack "standing" to go to court to defend their cause. This means that they do not fulfil the conditions to file a lawsuit before the judge. Three reasons can lead to this ascertainment:

In Europe, decisions taken by the EU bodies that have an impact on environmental matters were until now quite hard to challenge, leaving companies confident that once the decision is adopted, there is little risk of it being changed due to public action. Indeed, the EU has a court dedicated to the review of the decisions of the EU bodies, the European Court of Justice (‘ECJ’), whose access is difficult for citizens. More often than not, these decisions indeed do not personally affect citizens since they apply to companies rather than individuals, meaning citizens lack the standing to sue the decision. This explains why, for example, the EU Commission to allow glyphosate use was not legally challenged even though it sparked a lot of discussion, or why the EU allowed car manufacturers to exceed legal limits for the emissions of pollutants or agreed to set unsustainable fishing quotas without being challenged either.

However, in October 2021, the EU Parliament has officially opened the access to EU courts to environmental challenges.

The EU has been Party to the Aarhus Convention since 2005, whose aim is to promote access to justice on environmental matters.

However, since the access to the ECJ was capped to defendants who were personally affected by an EU decision, or to named companies only, the Aarhus convention was not quite respected. Access was also capped by the fact that only national judges could ask questions to the ECJ during proceedings in front of their own courts, meaning access to the ECJ was dependent on the efficiency and quickness of each national system – and those vary greatly from one country to another. This decision by the EU Parliament enables NGOs and individuals to challenge many more EU decisions that break environmental law than was previously possible under EU law. Moreover, access to the possibility of reviewing these decisions opens the scale at which change will happen: the acts that will be put under revision are regulations that apply to the whole of the European market, and not just specific cases of breaches by a particular company. The leverage of change given to these lawsuits is hence potentially much stronger than a lawsuit against a company in front of a national judge.

Since October 2021, one can expect EU decisions to be challenged more widely through the whole territory of the Union. It has however to be noted that EU legislators excluded EU State aid decisions from the application of the Aarhus Convention. State Aid decisions still cannot be challenged under environmental concerns. The Commission has planned to prepare a study by 2022 and issue related proposals by 2023 concerning the ability to challenge State Aid Decisions, so companies will have to stay on the page on that end.

2. UN Recognition of a Human Right to a Healthy Environment

A second nail on the coffin is the recent recognition on October 8th, 2021, by the UN Human Rights Council (‘UN HRC’) of the human right to a healthy environment. This constitutes a historic turning point that anticipated the UN Climate Change Conference (COP26), currently happening in Glasgow, UK, and the UN conference on biodiversity (COP 15) that happened in Kunming, China, earlier in October. Officially recognising that living in a healthy environment is a condition to all the other human rights will also open up the way to challenge environmental wrongdoings in front of the UN bodies, especially the Human Rights Council. This will undoubtedly have an unprecedented effect on companies operating within the globalised economy.

As one can see, public outcry is slowly trickling into enforceable legal regulation that will impact Companies in the coming years. It is now crucial to stay on track with these regards and to anticipate and surpass compliance with environmental standards.

3. Strategies to be involved in corporate strategies

Granting access to courts to third parties is only one of the ways in which stakeholders can impact Corporate action. The involvement of shareholders’ interests into corporate matters has been very gradual, on a case-by-case basis. The two main ways into corporate strategy were either to try and orient Shareholders’ meetings, or to file a lawsuit against a specific company, in front of a national judge.

3.1 How shareholders can be involved in the business strategy of companies

The practice of representing shareholder interests in Shareholders’ meetings has gained traction in the last years, which saw more and more "concerned investors" take positions within companies by buying stock, to then try and orient company decisions during meeting votes. One of such investors is the Children’s Investment Fund, directed by Christopher Hohn.

3.2 Filing a lawsuit against infringing companies

The second classical way of intervening in a corporation’s action is through a lawsuit against the targeted company, in front of the courts of the relevant country. This is a cumbersome process, subjected to many caveats, such as the claimant’s standing to sue (see infra), the determination of the competent judge, of the applicable law, etc. It also implies that changes are only but incremental, each specific case being limited to the facts, context and actors at hand.

It is time to unlock EU courts so we can better protect the environment https://www.clientearth.org/latest/latest-updates/news/it-is-time-to-unlock-eu-courts-so-we-can-better-protect-the-environment/