Belgian competition law underwent an important reform with the law of 28 February 2022, which transposes the ECN+ Directive that came into force on 17 March 2022.

The consequences of this law will be commented in this contribution. 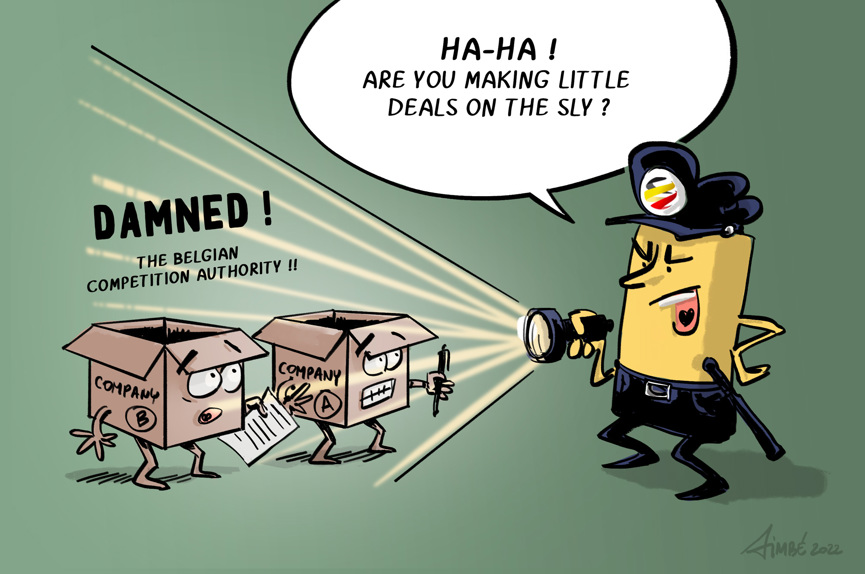 1. What is the ECN+ Directive?

The so-called ECN+ Directive (EU Directive 2019/1) grants additional powers to the competition authorities of the Member States and introduces tools that should allow them to ensure more effective enforcement of competition and the proper functioning of the internal market.

In 2014, the EU Commission identified major discrepancies between Members States in terms of the application of competition and antitrust law.

For this reason, the ECN+ Directive was created to establish a common enforcement system on the one hand, as well as to fill in the gaps in the enforcement system and thus facilitate the work of the national competition authorities, including that of the Belgian Competition Authority (the “Belgische Mededigingsautoriteit”/”Autorité Belge de la Concurrence” or “BMA”/”ABC”).

The Directive introduces more effective tools to enhance the ability of the national competition authorities to properly perform the following tasks:

We elaborate below on some of the key amendments introduced by the ECN+ Directive.

1.1 Adjustments to the Leniency Notice

Under the leniency programme, companies that are allegedly involved in a secret cartel (i.e., an agreement between undertakings with the objective of distorting competition between them) have the opportunity to come forward and present evidence to the national competition authority in exchange for full immunity or leniency.

The "first come first served" rule that is applicable within the context of the leniency program, leads to the granting of full immunity to the first "whistleblower", which results in subsequent "whistleblowers" having to content themselves with reduced administrative fines. This principle can lead to competition amongst companies when it comes to the reporting of cartels. It is within this context that it was established that applicants should be given the opportunity to be assigned a place in the leniency queue for a certain period during which they are enabled to gather the necessary information and evidence to meet the evidentiary requirement for immunity from fines.

Furthermore, the ECN+ Directive modified and eased the scrutiny requirements that NCAs must comply within the context of the leniency program. For example, the language requirements – which remains an important point in Belgium - have been relaxed. As from now on, companies shall be able to make leniency statements in Dutch, French, German, or another EU language agreed upon between the BMA and the applicant. This means that parties shall no longer be bound by the language of the Belgian Region where they are registered, subject to agreement with the BMA.

The main breaches of competition law are purely of administrative nature. However, those Member States that provide for criminal sanctions in case of violation of the competition rules, must ensure that applicants for immunity who meet all the conditions also are protected from criminal sanctions.

2. Amendments following the transposition of the ECN+ Directive

The Law of 28 February 2022 transposing the ECN+ Directive, amends Books I and IV of the Belgian Economic Law Code (“Code du Droit Economique” or “Wetboek van Economisch Recht”). The law thoroughly reforms Belgian competition law by providing the BMA, whose task is to apply competition policy in Belgium, with more and more functional tools to carry out its task.

First and foremost, the transposing law expands the power of the BMA's auditorate to conduct house searches and to carry out specific controls in the process. New powers are also given to the Markets Court (“Marktenhof”/ “Cour des marches”) and the FPS Finance (“FOD Financiën”/ “SPF Finances”) within the context of enhanced cooperation between national competition authorities.

Furthermore, the leniency procedure has been strengthened and the gaps on the Criminal Code have been filled. This makes it possible for applicants for leniency to obtain also criminal immunity.

Finally, there is an important amendment that was not foreseen in the ECN+ Directive. It concerns the introduction of a "filing fee" within the context of merger control. Previously, merger control procedures were free of charge, but the Belgian Code on Economic Law now provides for the payment of a fixed filing fee of EUR 52,350. This amount can be reduced to EUR 17,450 for a simplified procedure.

Please note that these are fixed amounts which are not linked to the value of the transaction, or the size of the undertakings involved. Considering the criticism that this measure was given, the government has indicated that the conditions for this filing fee shall be determined by royal decree. The flat rate filing fee will be adjusted on an annual basis.

The law of 28 February 2022 transposing the ECN+ Directive ensures that the Belgian Competition Authority (the “BMA/ABC”) can operate in a more result-oriented and performant manner. Only for this reason, it constitutes a major reform.

This will undoubtedly lead to significant changes in the Belgian competition law landscape.

If you would like more information or wish to be assisted, please do not hesitate to contact our specialists at info@seeds.law or +32 (0)2 747 40 07.